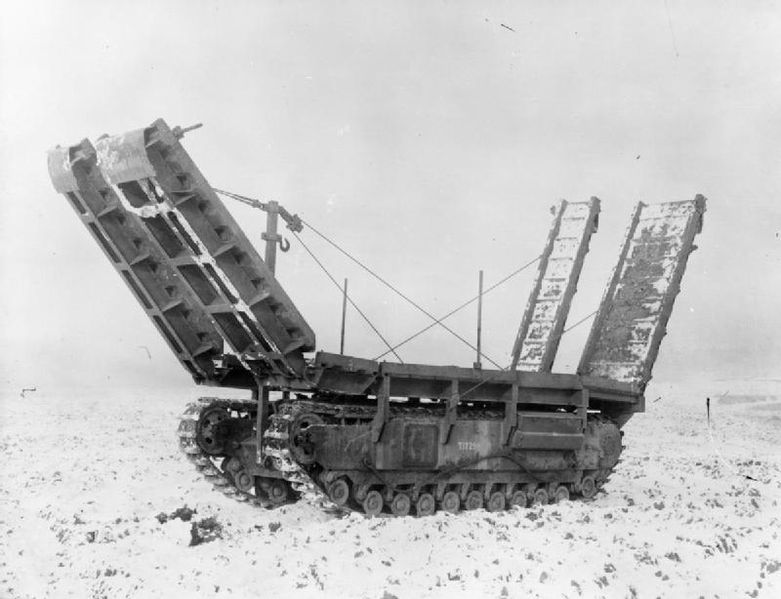 This week marks 73 years since the Normandy D-Day landings, which took place on 6th June 1944. One of the most memorable events from the Second World War, the Allies invasion of Western Europe lasted until August 1944 and resulted in the Allied liberation of Western Europe from Nazi Germany’s control.

Even today, there are still many untold stories from World War II, even about the landings. We have taken a look at some of the lesser known, but nonetheless heroic stories from the war.

In the days leading up to D-Day, some problems were evident to the men planning the invasion. A primary issue was the ‘Atlantic Wall’, a series of defences that stretched from Norway to the border with Spain, which was a formidable obstacle to the Allied armies. New specialist vehicles were needed, which could combat the soft sand and other logistical difficulties. This task was assigned to Major General Sir Percy Hobart.

Most of these new vehicles, which came to be known as the ‘funnies’ were unusually modified tanks, and played a major part in the landings, saving many lives. The majority of the designs were modified from Churchill and Sherman tanks. Some of the specialist vehicles included the Crocodile, a Churchill tank modified with a flame-thrower in place of the hull machine gun. Another was the Assault Vehicle Royal Engineers (AVRE), a Churchill tank which had the main gun replaced by a Petard Mortar that fired a forty-pound high-explosive projectile. There were several tanks with bridging ramps, and there was also the DD tank, an amphibious M4A1 or M4A4 Sherman tank fitted with a watertight canvas that was able to float.

Many of the technologies that Hobart developed for these ‘funnies’ led the way for the armoured vehicles used in modern warfare along with the weaponry used today, from airsoft guns to machine guns on tanks. Many of the funnies served the British troops well into the 1950s and 1960s.

An aeroplane captures a U-Boat 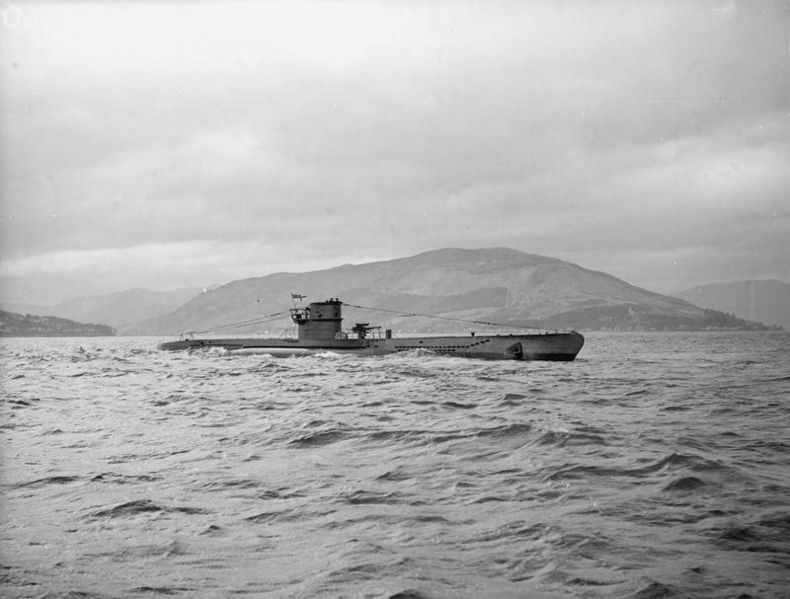 On 27th August 1941, U-Boat U-570, captained by Kapitanleutnant Hand-Joachim Rahmlow surfaced off the coast of Iceland. It was almost immediately spotted by James Thompson, the acting leader of a British squadron who were based in Iceland on an anti-submarine patrol. Immediately, Rahmlow ordered a crash-dive, but it was too late. Thompson, piloting a Hudson bomber plane dropped four depth charges, one detonating just 10 metres from the U-boat and dealing a critical blow, knocking out the electrical power, smashing instruments and causing water leaks.

Rahmlow was inexperienced, as were many of the crew, some of whom were incapacitated by seasickness, and they panicked and surfaced again, fearing a release of chlorine gas. When several of the crew came on deck, Thompson attacked with machine guns, before seeing the crew were displaying a white surrender signal. Thompson was amazed, but no further attempt was made by the U-boat crew to defend the vessel, as they later said they feared more depth charges, not realising Thompson’s aircraft had dropped them all.

However, by the time the Royal Navy trawler arrived, the crew had destroyed the code books and Enigma machines on board. The U-570 was then towed back to Iceland, beached, and repaired. During this time, it was discovered there was no evidence of chlorine gas. A more experienced crew would probably have escaped. The U-570 was then placed into service with the Royal Navy as the HMS Graph, and remains the only time a submarine has surrendered to an aircraft! 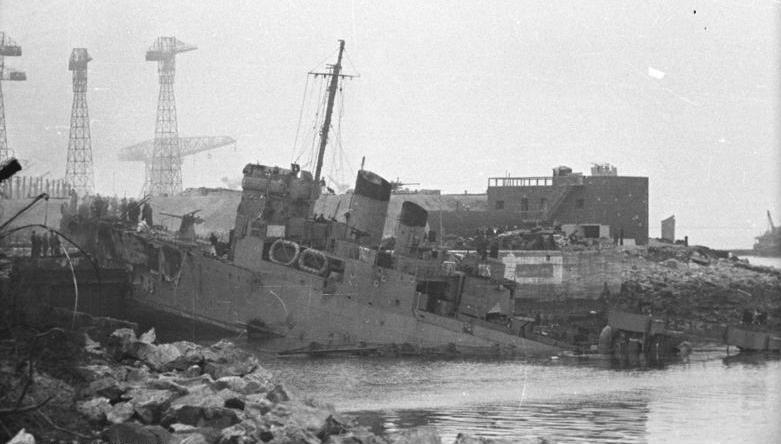 Operation Chariot, more commonly known as the St Nazaire Raid was a successful British amphibious attack on the heavily defended Normandy dry dock at Saint-Nazaire in German-occupied France in 1942. The mission had three objectives: to destroy the Normandy dock, destroy the gates and destroy any U-boats and shipping. This would be done by ramming an out-of-service destroyer, the HMS Campbeltown, that would be packed with timed explosions into the dock gates, and commandos would blow up other buildings.

HMS Campbeltown was stripped of its non-essentials, and four funnels removed to bear a resemblance to a German frigate. On 26th March 1942, the flotilla, made up of warships and aircraft set off from Falmouth and reached the St Nazaire dock on 28th March. HMS Campbeltown was flying a German naval ensign, and accelerated to full speed into the docks, raising the Royal Navy flag when the gates were in sight. Within minutes, it had hit the gates, and the commandos went into action.

On 29th March, the timed explosives on HMS Campbeltown went off, successfully destroying the docks and rendering it out of service for six years. However, the commandos in smaller craft were set upon with heavy fire from the Germans, forcing many to surrender or escape. Of the 611 strong British force who went, 228 made it back. Five Victoria Crosses were awarded following the raid, and it is considered to be one of the greatest military raids of all time.