The Best Spy Gadgets from Kingsman 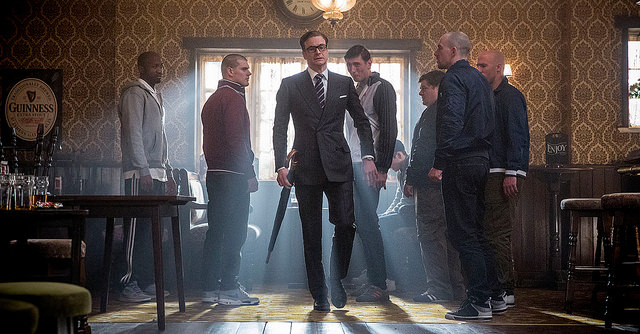 The sequel to the spy action-comedy Kingsman: The Secret Service is due for release next month. The surprise hit, based on the comic of the same name, made many references to old spy film classics, such as early Bond films, particularly with the many gadgets and inventive weapons.

Trailers for the upcoming film called Kingsman: The Golden Circle, show a few more fantastic gadgets and weapons, such as machine gun disguised as a briefcase. With its upcoming release, we have taken a look at some of the best gadgets from the first film that we wouldn’t mind trying out for ourselves.

The fountain pen seen in Kingsman: The Secret Service is made by the British firm Conway Stewart, a brand Sir Winston Churchill used. Its spy function is that it is loaded poison that can be put into someone’s drink. Though harmless when first ingested, the poison is activated by flicking a switch on the pen. Though we are happy with the average ballpoint pen, a fancy black and gold fountain pen that could poison people would be an interesting weapon for your collection.

This umbrella won’t just protect you from the rain! The company behind the umbrella, Swaine Adeney Brigg have been making umbrellas since the 19th century, supplying politicians, royalty and celebrities. It makes sense that this brand is what the Kingsman’s umbrella is based upon, but the one in the film has a few extra functions. The black canopy is reinforced to be bullet proof; the handle turns into a pistol that can both stun and shoot enemies, an electrified grapple fires out the point and it can effectively be used to hit people too when closed.

A classy suit is not what you think of when it comes to a shootout, as airsoft gear would be more practical by far. But the suits in Kingsman have a twist, being more than just clothes. The material is bullet proof, and in the world of a secret agent, that comes in useful. There are several design options too, with the bulletproof suit; double breasted, three-piece or a simple dinner jacket.

The black leather Oxford shoes show the quintessentially British style that is central to the film and the gadgets. These shoes have a handy hidden feature: a blade coated with lethal poison. And by a simple click of the heels together, the blade appears. However, there is no fun trick to hide the blade again, just pushing it in with the wall is the only way – can’t really use hands with all that poison.

One of the smallest gadgets of the film is the sovereign ring. A hit from someone wearing a ring is not fun at the best of times, but the fact it can also deliver a 50,000-volt shock makes it a lot worse. The discreetness of the ring makes it a worthy gadget to have with you as a spy. However, we still think an air gun equivalent would be much needed for a spy.

The Bremont World Timer is an excellent watch and was originally created for C17 pilots. It would be the perfect watch for an international spy and of course in Kingsman, has to have that secret agent function, namely firing electric shots to knock out anyone in the way.