Here at Surplus, one of the things we love about the airsoft community is the continuous barrage of new products being released from manufacturers across the world. It’s hard to pay attention to each individual release, but this one really caught our eye, for both good and bad reasons.

Introducing, the Rare Arms AR-15 Shell Ejecting GBBER. At the time of writing, this has not yet been released into the market, with everyone holding their breath in anticipation. In September, we saw a YouTube video drop with a trailer for the gun, but nothing concrete has been heard since. Here, we’ll be laying out our thoughts on the video, along with our opinions on the shell ejection feature, and how we expect to see this gun being used.

Begin At The Beginning

First of all, let’s begin at the beginning, and by that, we mean back in February 2015 with the release of the Rare Arms Shell Ejecting XR25 GBBR. Much like the new model, the XR25 was designed to eject the shells from the right-hand side of the gun, similar to many real steel rifles. This gun used a 15 round magazine and was a semi-auto rifle, meaning each trigger press would fire one round. In the XR25, BBs were stored in the head of the shells, meaning reloading would be time-consuming and fiddly, best left to when you weren’t on the field. This would also mean you’d need to either have an infinite number of magazines and rounds, or gather each round up after you’d fire it.

The XR25 was met with mixed reviews, both from players and retailers, with fears over jamming issues and the overall cost of the rifle being too rich for many. As a decorative and novelty piece, it looked great, but not exactly practical for a skirmish.

First and foremost, the AR-15 offers full auto, something the predecessor didn’t. This is the biggest and most drastic departure from the XR25. Additionally, the magazine size has been dramatically increased to 30 rounds, allowing you to fire more without changing up your magazines. That being said, for many players, 30 rounds can go in a flash, so this is something to bear in mind.

Although not confirmed, having seen the trailer and the previous system with the XR25, we expect that BBs will be loaded into the shells once again. Again, judging by the effort Rare Arms went to with their XR25, we believe that most of the AR-15 will be metal rather than polymer, offering an overall more durable weapon. The weapon features a top rail for your attachments and a front sight that sits flush with the rail when not open. 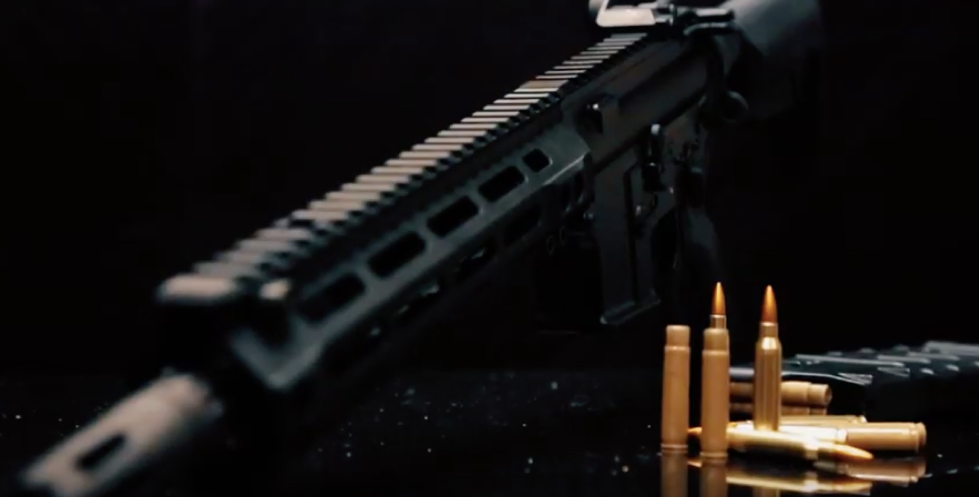 The main things that will divide opinion will be the shell ejection feature. As the airsoft community continues to evolve and develop, the guns that we use do so also. The shell ejection feature is a new leap forward in technology within airsoft, making guns more and more realistic. For some players, this will be a great way to immerse yourself further into the game and have an even more realistic experience on the field.

On the other hand, we expect other players to be sincerely put off by this feature, as it can be a lot of work for not much reward. Whether you collect your empties after firing a round or two, or choose to collect them at the end, this will add a lot more effort to your game. Additionally, replacement rounds and magazines for this won’t be cheap, with a replacement 15 rounds for the XR25 currently retailing at $80 and the magazines at $63.
Having addressed the shell ejection debate using Instagram in June this year, we were given mixed responses. Some people clearly on the side in favour of the feature, with replies such as ‘sick’ and ‘I think they’re super cool and more guns should do it’. With other addressing the need to catch shells as they fly out of the gun, or collect them after the game. Responses were typically split, which we expect will reflect the community as a whole.

For both paintball and real steel, it’s possible to buy catchers which attach to the side of the gun which catch the empty casings. This will limit the amount of crawling around on the floor required by keeping all the empties in one place. That being said, if you’re catching your empties as they fire, is there much point in having shell ejection in the first place?

The XR25 upon release had a retail value of around $1,500, pretty steep really. We’re expecting the AR-15 to be somewhere around the same mark, if not a little more pricey thanks to the full auto function. Whatever your opinion on the AR-15, we’d love to hear your thoughts in the meantime of this gun. Do you like the shell ejection? Do you think it adds anything to the gun? Will you be buying one of these? Join the conversation on our Facebook page and let us know your thoughts!

You can also see our range of airsoft guns in our online store and check out our blog for more articles on airsoft and shooting in general.