What to Expect at the 2021 National Airsoft Festival 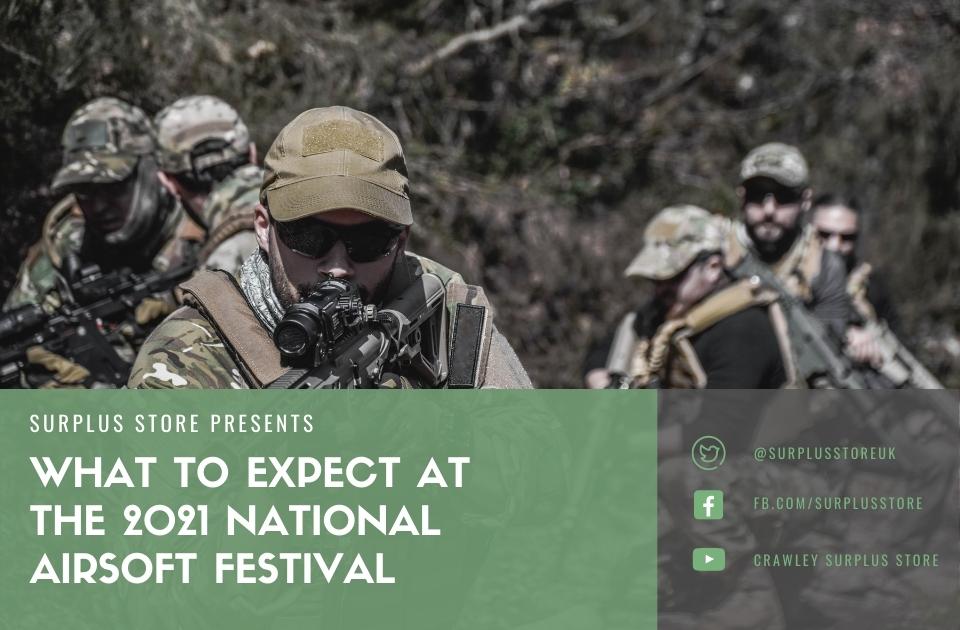 The National Airsoft Festival brings together people who all have one significant thing in common: airsoft! Also known as the NAF, this long-awaited event should feature in the calendar of any airsofter who loves to socialise!

If you’re hoping to get the best equipment in anticipation of the big event, we have a vast range of airsoft equipment and air pistols for sale on our website!

Unfortunately, last year’s event was cancelled as a result of COVID. According to the festival's website, this year’s festival appears to still be in the pipeline, so we believe it to be even more anticipated than previous years, should it go ahead!

As it stands, the NAF is expected to run from Friday 27th August to Sunday 29th August 2021. We take a look at what the festival is about and its top features!

Airsofters have returned to the NAF year after year since 2007. It has been acknowledged as the largest airsoft event hosted in the UK.

With a fun, festival atmosphere, the NAF has a fantastic and accommodating vibe. Whether it’s your first or third time going to the event, it is a friendly place to be, where you are sure to feel at home.

Not only does it attract players from all over the country, but its reputation has stretched overseas, with airsofters from across Europe travelling to Hampshire for the event.

Host to the biggest airsoft game in the country, and with few annual airsoft events like it, the exhilaration draws people in time and time again!

Who is the Festival For?

The festival calls all airsoft fanatics! The chances are if you are one, you probably have heard about this festival!

It is for anyone who wants to play airsoft with other enthusiasts! It’s the opportunity to meet new people as well as airsoft friends that you may have met along the way!

To play airsoft at the festival, you must be aged 14 or over. However, it doesn’t mean you have to leave your family behind for the weekend, unless you are hoping for some time for yourself, of course!

The site allows family members, including children, to camp in the grounds, whatever their age; they just won't be able to play!

The best part about this festival is that it’s entirely up to you how you decide to participate. You can come with a pre-organised team, be your own command or join in with those you meet at the event, it’s your call!

The festival’s location is at Ground Zero Airsoft, Hampshire. The gaming area is an incredible 175 acres in size. The festival has a 50-acre ‘safe zone’ for camping. The location also has stalls and places to buy hot food. Oh, and a licensed bar!

Why do airsofters love it so much and flock every year? It’s because of the sheer diversity of the grounds.

The site offers many different terrains, all in one convenient location. It appeals to all airsofters and is accessible for the many styles of players.

Some of the best features include the network of bush tunnels called the ‘Ho Chi Minh Trails’, winding hill terrain and bunkers.

A central aspect of the festival is socialising. The event goes by the theory that airsoft is 40% about the game and 60% about the social side.

If you want the game experience and a social network, this is the ultimate place to be. With months in lockdown, many players are itching to get out and meet fellow players!

A central part of the NAF is to participate in games. Usually, there is one main game on both the Saturday and Sunday for airsofters to play. There are also night games as well as other airsoft sessions on the Friday!

Each evening of the festival, there is live music for festival-goers to enjoy as well as drinks from the open bar!

We don’t know what will happen by August 2021, but here’s to hoping we can attend the best festival in UK airsoft! Are you thinking of going? Share your thoughts about the festival with the airsoft community on our social media channels!