What Was 'The Iron Curtain'? 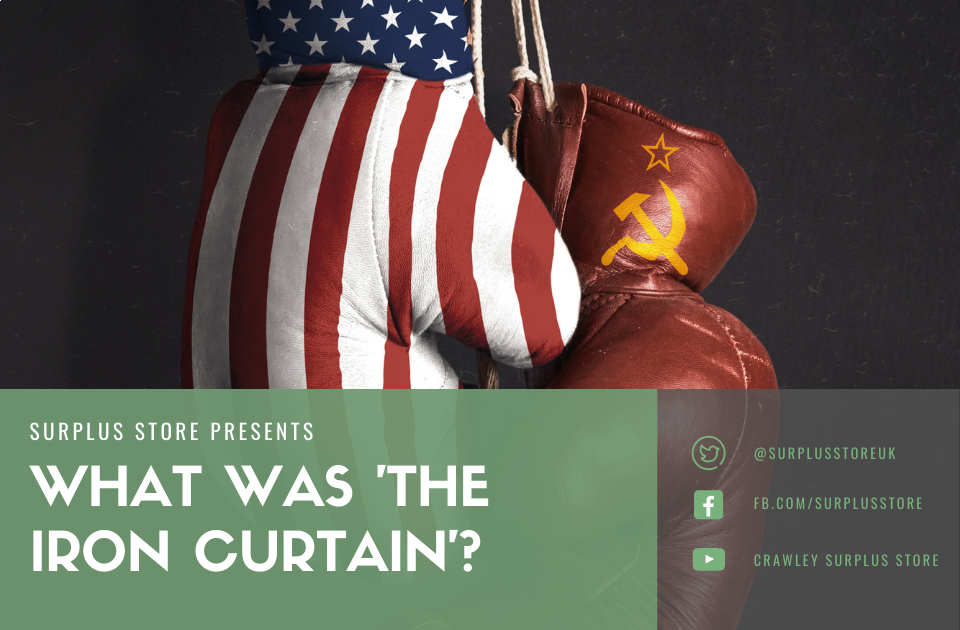 In one of the most famous political speeches, former Prime Minister Winston Churchill declares, "From Stettin in the Baltic to Trieste in the Adriatic, an iron curtain has descended across the continent." This speech is considered the opening volley that initiated the Cold War.

If you're looking to experience a piece of the action during a skirmish or even practice your aim with an air gun, take a look at our extensive range including Weihrauch Air Pistols available in the UK.

Was the Iron Curtain a Real Wall?

Unlike the Berlin Wall, the Iron Curtain was purely theoretical. Although it was a notional barrier, it separated the communist and capitalist countries.

Prior to the speech, the term 'iron curtain' had been an occasionally used metaphor since the 19th century; however, its more prominent and memorable use was by Winston Churchill in a speech at Fulton, Missouri on March 5th, 1946.

When Churchill spoke of the Iron Curtain, he was referring to the boundary line that divided Europe into two different political areas:

Why Was The Iron Curtain a Problem?

The term Iron Curtain symbolised the way the Soviet Union blocked off its territories from open contact and communication with the West. Being blocked out by the Soviets iron curtain was an issue, as it prevented allies from knowing what the Soviets were doing.

During the Cold War, the Iron Curtain extended to the airwaves. To resolve this, the US Congress funded Radio Free Europe through the Central Intelligence Agency.

The intent behind the RFE was to provide listeners behind the Iron Curtain with uncensored news. These attempts by the CIA were met by the communist government who jammed the RFE's signal.

What was the Conflict Between the Western Nations and the Soviets?

Historians have identified a number of reasons for the emergence of the Cold War. Tensions were built between the two nations at the end of World War II, which were exasperated by:

At both the Yalta Conference and Potsdam Conference, the US and Soviet leaders disagreed with one another over the post-war future of the world.

The US’s primary goal was to generate prosperity through the open markets and strengthening Europe. The Soviets decided that prosperity should be sought after through security; rebuilding Europe would be a threat.

Their disagreements followed through to their economic systems; the US advocated capitalism, while the Soviets supported communism.

Both parties displayed mutual distrust for one another, and with the addition of the 'Iron Curtain' speech and the creation of Cominform, the Communist Information Bureau, the Cold War began to take root and divide the world in two.

For more historical information, you can refer to our blog to find various articles relating to the Cold War! If you're looking to be fully immersed in the past, why not check out our replica weapons?

If you're interested in air pistols or rifles but don't know where to start, you can always contact us to speak to our team members today!