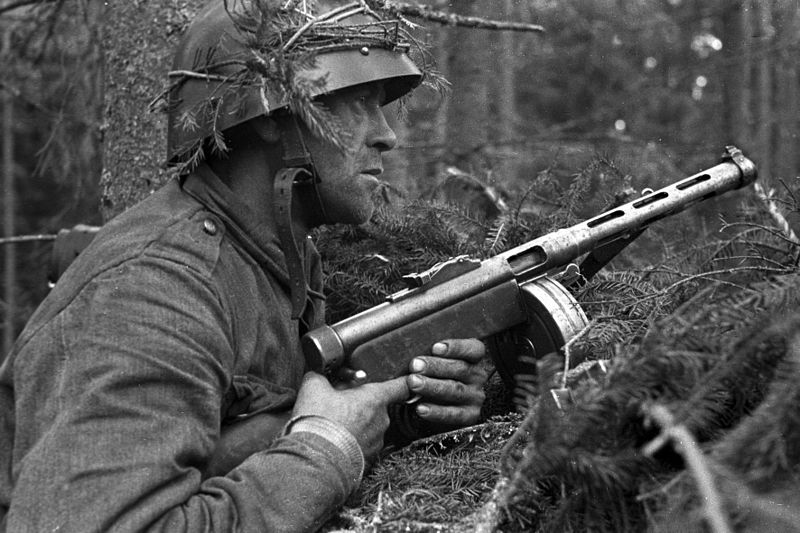 There are airsoft clubs right around the world who like to engage in historical re-enactments, wearing authentic military uniforms and wielding the most accurate airsoft guns that they can lay their hands on. But we think we may have found one such club in Croatia who takes it to a whole other level!

Mutila, an airsoft club based in Medulin, is dedicated to World War II re-enactments. While airsoft is still very much at the core of their meetups, Mutila takes things to the next level with their recreations of actual historical events, re-enacting battles and moments of WWII history with an excellent degree of historical accuracy.

This includes using uniforms, props, gear and replica guns that are as close to the real thing as you can get. Where regular airsoft meets take place in more secluded areas, the Mutila group have recently stepped up their game and started re-enacting scenarios in authentic locations. They even have a replica Leichter Panzerspähwagen Sd. Kfz. 223 which they have built themselves, using their own knowledge and skills!

In November 2017, they staged a re-enactment of the Clint Eastwood film “Kelly’s Heroes”, in the same town where the real Hollywood film was shot. It was no small event either, with around 90 participants playing out the original script in and around the area of Vižinada.

As you probably all well know, airsoft was invented in Japan in the 80s (check out the full history of airsoft here), but it didn’t arrive in Croatia until 2005. Mutila themselves didn’t form until March 2016, but their president has years of experience in the sport, even organising several successful airsoft meetups which saw up to 200 participants from Croatia and other nearby countries.

But they aren’t the only airsoft club in Croatia; there are clubs scattered around the country, all of whom have their own meets, but generally, have the common love of history at the root of their get-togethers. There’s even one group from Sveta Nedjelja – the Airsoft Club Alfa – have a castle at their disposal for themed meetups!

Then there’s Mrcara island in Croatia, which has been dubbed as the ultimate airsoft destination. Previously owned by the ex-Yugoslavian army, it has been abandoned since 1979 but still has the military buildings, tunnels, trenches and machine gun nests, which are perfect for MilSim events! They run weekend or week-long events on the island and give players an ultra-realistic experience.

Airsoft has also been praised for the tourism it attracts to Croatia, which is a country that relies heavily on visitors to boost the economy. Those who come from different countries to take part in the meetups not only take part in airsoft, but they also enjoy the local tourist attractions, stay in the hotels and take tours of historical heritage.

The Kelly’s Heroes meetup managed to attract visitors from Slovakia, Poland, Hungary and the Czech Republic, while the group is hoping that future meetups will attract guests from other parts of Europe, such as England and France.

You can take a look at the Airsoft Club Mutila on Facebook and check out the videos and photos from their meetups, and who knows, you might even fancy heading over to Croatia for their next one!