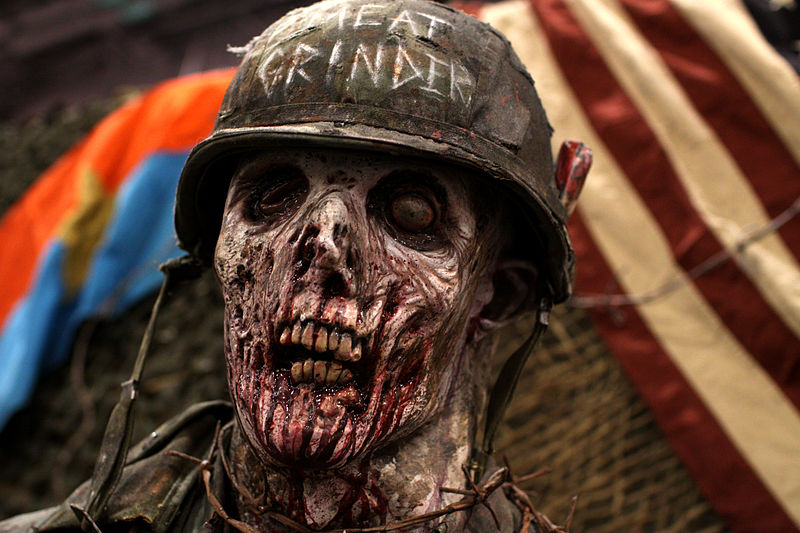 The fictional zombie apocalypse is an excellent source of entertainment for many people. Films, TV shows, video games, even airsoft events are all based on such an eventuality.

We have covered the subject many times before in previous posts, ranging from America’s zombie apocalypse plan to the percentage of Briton’s who have a survival plan in place should the dead roam the streets again.

But now scientists and mathematicians in Brazil claim that there is only ONE country in the world that would survive such an epidemic, and the bad news is, it’s not us here in the UK…

How is it Calculated?

Now you may be thinking, it has to be a country with a massive army that could crush those munchers right where they stand, and all will be well with the world again.

But that just isn’t the case we’re afraid to report. The research looked at which country has the highest number of military personnel per 1,000 citizens, and that country is none other than North Korea!

According to researchers, North Korea has an incredible 47.4 military personnel per 1,000 citizens, which would be just enough to protect the general population from the army of the undead; the minimum number required is apparently 47 per 1,000.

Now we know what you’re thinking, surely powerhouse nations such as Russia and the United States have highly-trained, heavily armed militaries who could handle the hoards easily? But as we’ve learned from the various telling of stories from over the years, this rarely happens, and the military very often gets overrun. And when you look at the numbers, this is hardly surprising. The United States only has 4.2 active military members per 1,000 citizens, while Russia is slightly ahead with 7.1 per 1,000.

Who’d have thought it, eh?! The paper, titled “Modelling our Survival in a Zombie Apocalypse” has rendered the ending of many zombie films, such as 28 Days Later, as being statistically near-impossible.

This isn’t the first time that scientists and mathematicians have looked into whether or not the human race would survive should the worst occur. The University of Ottawa Press released a collection of studies entitled “Mathematical Modelling of Zombies” back in 2014 which showed that humans would likely not survive in the majority of outbreak cases.

However, it does aim to cover all theoretical bases, seeking to teach how modelling can advise government policy, how models for survival can be formulated with limited information and how these can be passed on to a non-mathematical audience. It also features a forward from Andrew Cartmel, a former script editor of Doctor Who, so it must be accurate information, right?

In the meantime, we’ll just have to wait and see… If you’re going to be taking part in any fictional airsoft zombie outbreaks any time soon, why not see what walker slayin’ goodies we have in our airsoft guns section to ensure you are as prepared as you possibly can be?