Who Were The Real Peaky Blinders? 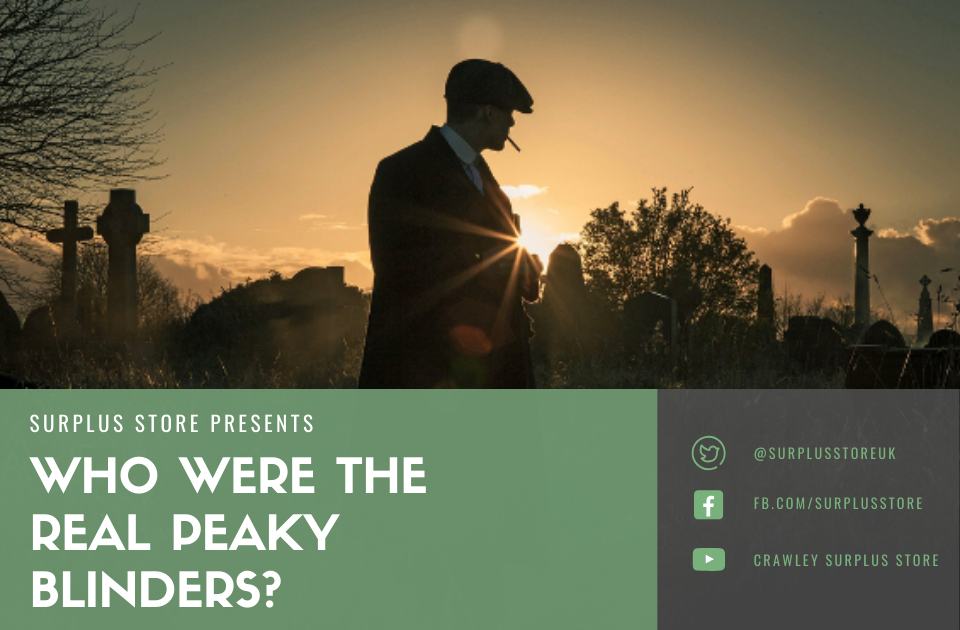 Since first airing all the way back in 2013, Peaky Blinders has gone from strength to strength. The BBC show, now awaiting its sixth season, has captured the collective imaginations of both fans in the UK and abroad. However, although the story may seem entirely fictitious, the show is very much rooted in fact. Here, we’ll be taking a look at the myths and legends that came to inspire one of the most successful UK TV shows of the past decade.

What’s It All About?

For those who have not been watching, Peaky Blinders is set in an inter-war Birmingham, with the first series kicking off in the year 1919. The story follows the Shelby family and their associates as they carry out their illegal activities while the police force attempt to put a stop to them once and for all.

Tommy Shelby, played by Cillian Murphy, is the leading character who is surrounded by a cast of fascinating and captivating individuals. He, and many of his gang, are ex-soldiers, fresh from having fought during World War I and now returning home with a new set of skills along with newfound leisure time. The story continues to evolve and dive deeper, creating some genuinely unmissable TV.

Although the story at times may seem stranger than fiction, the root inspiration for the show is born out of a real-life gang of the same name. The real Peaky Blinders were a street gang in Birmingham who rose to prominence around the turn of the 20th century and continued to operate into the early 1920s. Generally populated by young men of lower to middle classes, the gang’s power and money came from several sources such as violence, robbery, controlling gambling and racketeering.

The TV show is very much set towards the end of their prominence, as the real gang began their operations around 1890, meaning that the version we see in the TV show is a larger, more organised unit than the initial gang, which was a modest affair. 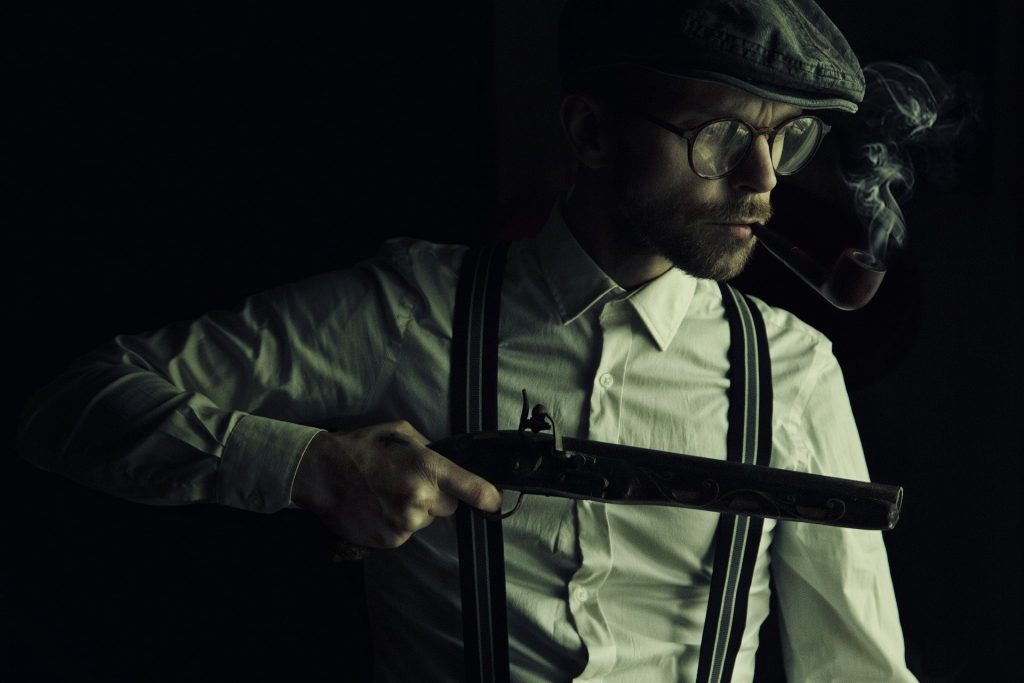 What Does Peaky Blinder Mean?

There are numerous versions of where the name came from, with the most widely recognised concerning the disposable razor blades sewn into the peak of the caps they wore to act as weapons. This is reinforced during the TV show as we see Tommy Shelby and others attack their enemies with these brutal weapons. However, with the first UK Gilette factory opening in 1908, the timeline for this does not quite add up for the real-life gang, as they would not have been able to source these blades until that time, roughly ten to fifteen years already into their ‘reign’.

Another version of the story is rooted in the gang’s unique attire. Always well dressed, with tailored jackets, lapel overcoats, bell-bottom trousers and waistcoats, along with the signature peaked flat cap; some believe that ‘blinder’ was referring to their elegance. This is a slang term still used to this day when referring to someone with a dapper appearance.

Finally, another possible root of the name comes from their method of carrying out criminal activities. They were known to sneak up on their victim from behind while pulling their victim’s hat peak over their face and robbing them, so they could not be seen.

The Blinder’s Reign of Power

The first recorded use of the name Peaky Blinder dates back to 1890, as recorded in a newspaper article detailing an assault. The men who carried out the crime then wrote to a range of national newspapers declaring themselves as the Peaky Blinders. At first, the group was of modest size, suspected to have originated from the Small Heath and Cheapside areas in Birmingham. Their first major expansion came after defeating the ‘Sloggers’ who were a rival gang operating in the Cheapside area. This allowed the Blinders to expand their territory and increase their membership.

In the late 19th and early 20th century, the Blinders began to grow their operations, continuing to fight and rob, but incorporating gambling, fraud, hijacking and smuggling into their repertoire too. The Blinders were also involved in a number of Birmingham-based gang wars, fought between local gangs over territory or money. 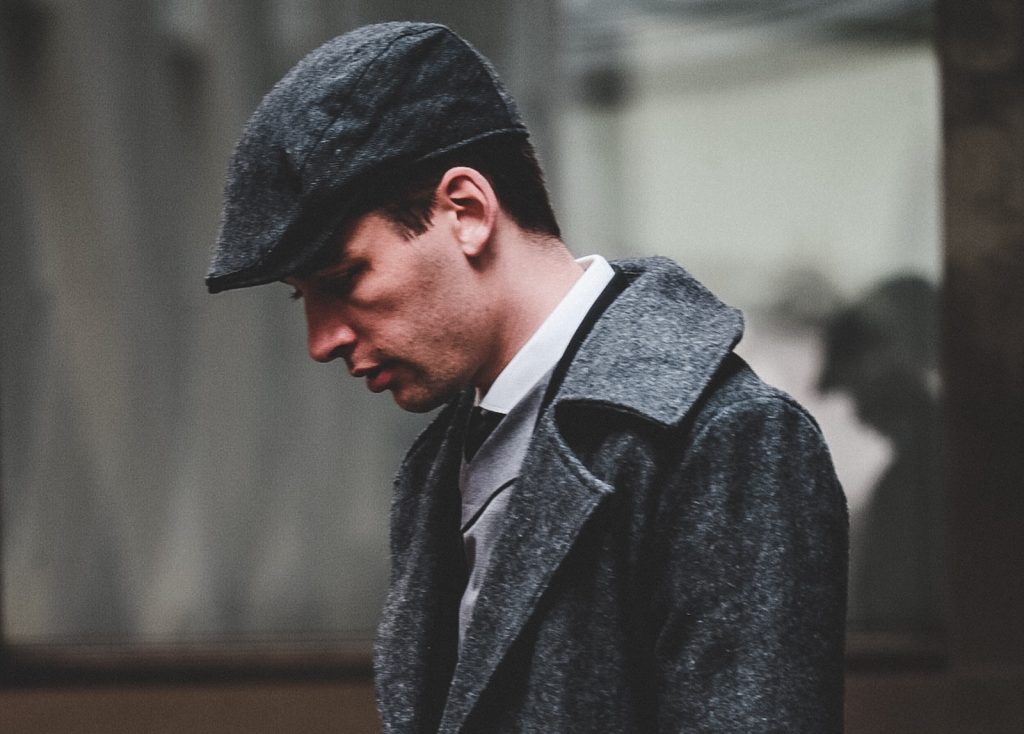 The Guns of the Peaky Blinders

Although much of the conflict was fought on the streets, using hand to hand weapons such as belt buckles, fire irons, canes and knives, the Peaky Blinders also had access to firearms. Much like we see in the TV show, Webley revolvers were a popular choice as these were standard military issue for the years that saw the Blinders’ reign. Not only did these men likely have experience with these firearms from military training, but also the Webley factory was located in Birmingham, providing a convenient supply into the local area.

At this time, various models of Bulldog revolver were being created, the most notable by Philip Webley & Son. However, this was copied by multiple arms manufacturers across Europe and into the USA. This means that these pocket-sized guns would have been popular with street gangs in the early 1900s, capable of causing severe damage at close distance and being easily concealed.

The TV show also shows various scenes featuring Lewis machine guns. It is unlikely that the real gang would have used these, especially during the early years, as these weapons were not being mass-produced in the UK until around 1914. That being said, with the show set in 1919 and the Lewis gun being produced by the Birmingham Small Arms Company, it would make sense for characters in the show to have access to these weapons.

The Fall of the Peaky Blinders

As the years rolled by, the Blinders began losing their foothold within the Birmingham gang pecking order. The late 1910s spelt trouble for them with the Birmingham Boys, a much larger gang, retaliating after the Blinders moved into the racecourse scene. Under threat of physical violence, along with stricter policing standards being adopted in the early 20s, the Blinders withdrew and eventually disappeared.

If you’re looking to learn more about the guns used in the Peaky Blinders TV show, check out our article here! You can also find vintage replica air guns on our store, including a range of Webley revolvers!