Our How-To Guide for Becoming an Airsoft Recon 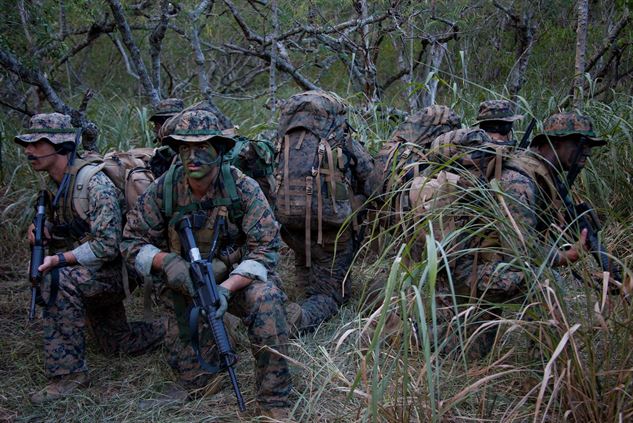 Airsoft reconnaissance is the next position we look at in more detail in our “how to” series. While it may sound like there’s an overlap with the airsoft sniper role, there are certain circumstances where there is room for both positions in a squad.

Recons don’t tend to be limited to one player either. There are often groups of recon players due to the size of the event that they are involved in, and they can be responsible for different aspects, depending on the overall objective.

What is Airsoft Recon?

Reconnaissance units, or recon for short, are tasked with discovering information about the overall operation and relaying this back to the squad leader. Their objectives will often focus on the specific requirements of their mission, which are more often than not only achievable by having “boots on the ground”.

You are most likely to find recon operators in large scale MilSim events, rather than your traditional skirmish, with them typically operating in small teams of two to six in order to collect the necessary data for their mission. But how do they go about collecting such information? Usually, a recon operator would start off as a basic rifleman but would showcase skills that means they would be better suited to a different role.

The main skills you would find in a recon player is the ability to utilise their airsoft rifles as effectively as possible, while maintaining noise discipline, swift and silent movement, and effective target acquisition. But more than that, they would perhaps take notice of details that other members of their team would overlook. In order to be an effective recon player, they would move in stealthily ahead of the infantry unit, reporting on enemy movement and location.

How Does A Recon Player Conduct Their Mission & What Skills Do They Need?

Perhaps the simplest way to break down how a recon player will conduct their mission is by following the S.A.L.U.T.E report; Size, Area, Location, Unit, Time and Equipment:

Size – Pretty easy one here, but what is the size of the enemy unit/forces? How many players are involved?

Unit – Are you able to identify the enemy unit? Does it have any unit designators visible? If so, what unit is it?

Time – What time was the unit was spotted relative to your position?

Equipment – What equipment is the enemy unit using? Can you spot any uniform patterns, weapons, gear, comms, etc.?

Once this report has been compiled, a recon player can go back to their commander with a clearer picture of what the team will be facing. For this reason, it is a good idea to brush up on land navigation skills, so you can give a report that is as detailed as possible.

Observational skills are also keen to a recon operator. Being able to spot trip wires, camouflaged objectives and hidden areas will greatly benefit your team, as you can give much clearer directions of where they will be better utilised. An understanding of camouflage types can also be beneficial, so be sure to check out our camo history posts (part one here and part two here) for a bit of a recap.

But you also need to remember that being a recon operator means you locate, observe, report and then head back to your squad; contact is a final resort! 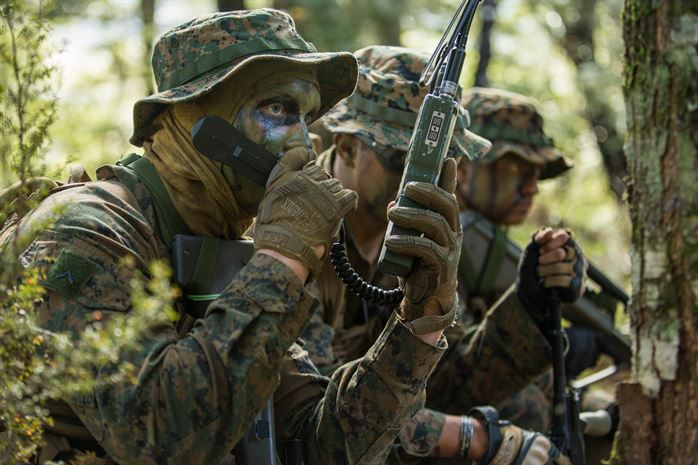 Most recon units are not equipped with enough ammo for sustained combat against a force much larger than a fire team, due to the fact they move with minimal gear and equipment to stay light and quiet.

What is Found in a Recon Loadout?

As with all airsoft loadouts, they will differ slightly depending on the personal preference of the player (try saying that quickly!). However, we’ve outlined what a typical loadout would look like below:

Primary Weapon – Typically, an M4/M16-style rifle will be the primary weapon, but it would not be uncommon to use an SMG for increased mobility and ease of movement.

Secondary Weapon – A pistol sidearm is most commonly used, and this can be entirely down to personal choice.

Clothing – Again, it depends what you’re most comfortable with. It is not unusual to see recon players wearing ghillie suits, or a ghillie cape and hood. However, there are those who wear a standard uniform for ease of movement. 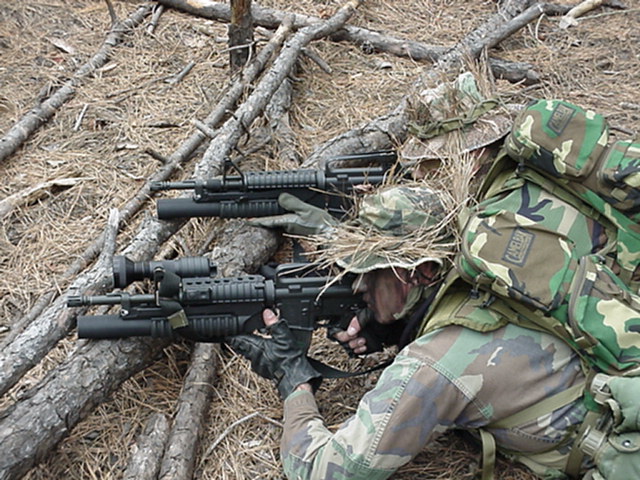 Equipment – Now, this is where it gets interesting… There are the items that every recon player should have with them, but there are also optional extras that can make the mission easier, which fully depends on the budget.

To try and make things a bit clearer, we’ll split them into two lists:

- A small set of binoculars.

- A small set of clippers for cutting out scouting positions.

- GPS (pricy but would be more accurate for reporting).

- Spotting scope (for those longer-range targets).

What Are the Responsibilities of a Recon Player?

As we previously mentioned, the team is a small and flexible group who should be able to move in and out of enemy lines while remaining undetected. They aim to observe the enemy silently from a number of positions and report back on their findings.

They may also be used in prisoner snatch missions (kidnap the VIP) or pushed the furthest forward for a flag capture. They are also particularly useful in ambush situations, where after they have gathered their intelligence, they may be able to slot in alongside other members of the team to conduct said ambush. Also, recon can be used to disrupt enemy lines of communication and supply by conducting strikes against positions, which can also result in high morale drops in enemy forces.

Recon teams will often be given a set of specific instructions from their leader, which will outline important pieces of information that they have to gather and bring back. Once this has happened, a good recon team pretty much operates on their own with little input from the rest of the team. It is for this reason that individuals in the recon team should be excellent communicators with their fellow squad members, as well as the team as a whole.

Utilising recon teams not only adds a sense of realism to the situation but can also give the team a massive overall advantage. If time allows recon teams to be used, they should. They act as the eyes and ears of the team, preventing anyone from going into action in the dark.