What are Military Peacekeeping Missions? 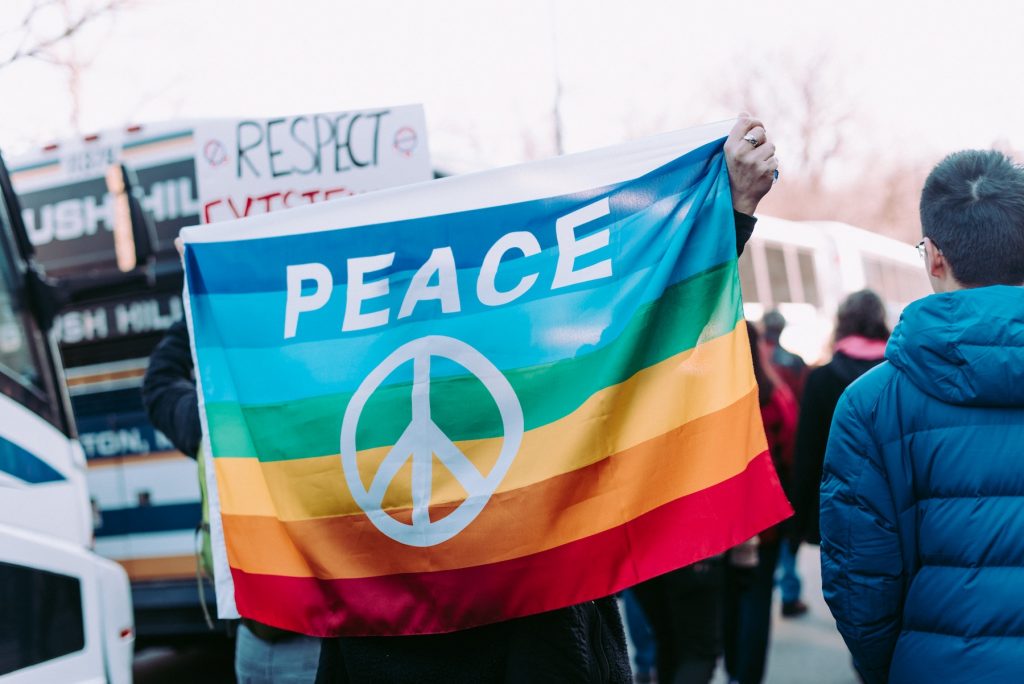 As we've spoken about in our blog countless times, we are fascinated by the military, both at home and abroad. We've recently taken a look at Joint Force 2025 and marvelled at the plans to upgrade the UK's military power. We've also looked at guns and equipment used by the military, such as how bomb suits are made and used.

The military serves a variety of purposes throughout the world, including the role of maintaining peace in countries experiencing conflict. Often, these are not offensive operations and don't require 'typical' military action, instead, calling on other disciplines demonstrated from military personnel. Here, we take a look at what precisely military peacekeeping missions are, what they involve, and examples of previous such operations.

What are Peacekeeping Missions?

Peacekeeping is very much what it says on the tin. It is the action of assisting countries that have been affected by conflict and creating conditions for ongoing peace. Despite being kept separately from other peace-related activities - such as peacemaking, peacebuilding and peace enforcement - these activities can frequently overlap.

The UN, an organisation that is comprised of 193 countries, excluding only Palestine and Vatican City from its ranks, is the international organisation responsible for deploying peacekeeping operations and personnel. The Department of Peace Operations is a department within the UN that is responsible for the planning, preparation, direction and management of all UN peacekeeping missions. It is important to note that the UN does not maintain an 'army' as such; therefore, personnel are drawn from various nations' armed forces, while still remaining members of their forces. Based on figures from June 2019, 100,000 people are serving in UN peacekeeping operations. This total is comprised of 86,000 uniformed personnel, 12,000 civilians and 1,300 volunteers. 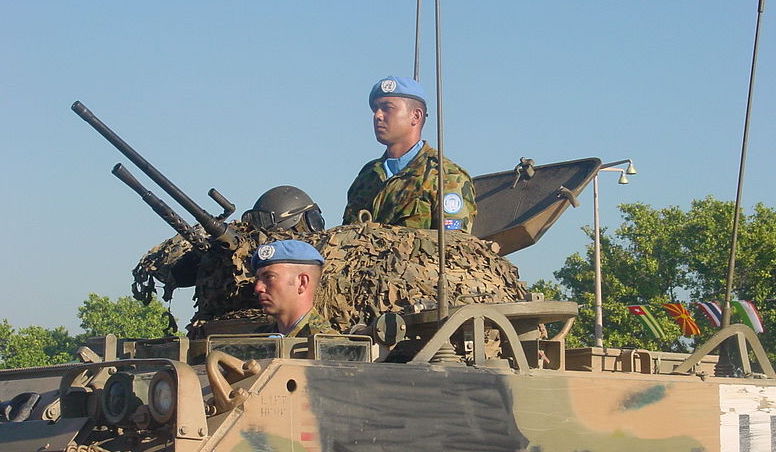 Peacekeeping operations have been found to be one of the most effective ways to navigate a country from conflict to peace, although the path isn't always straightforward. Deploying peacekeeping personnel allows a country to embark on the journey from conflict to peace with the assistance of UN personnel, providing security, and political and peacebuilding support. There are three main principles that guide the peacekeeping operations:

Consent of the parties

Day to day, the efforts of the personnel are very much supportive, rather than being front and centre. At the core of peacekeeping is a country's political system, and a sustainable one is vital for there to be ongoing peace within a country. The role of the peacekeepers is not designed to substitute for the country's desire to navigate away from conflict, as the responsibility still lies with the nation's parties to protect the people and end the conflict.

Since being founded in 1945, the combined efforts of the UN, the Security Council and the countries that provide personnel has ensured that 55 of their operations across the world have successfully carried out their objective.

Peacekeeping missions typically involve one of or a mixture of operations that fall into six different categories, these are:

An important part of the peacekeeping process, civilians are often victims of conflict and can even become targets for attacks. There have been a number of conflicts, in countries such as Somalia, Sierra Leone and Timor-Leste where armed groups were targeting civilians as a tactic of war. These attacks were unexpected and unprecedented in their severity, bringing the UN to increase the priority of the protection of civilians and children. Although the preventative method is always preferred, peacekeepers are authorised to act physically in order to protect civilians, although naturally, this is last resort.

There are various roles that are involved with protecting civilians, such as helping to strengthen the rule of law, providing military and police personnel to provide security and stability and assisting political leaders in mitigating and preventing conflict. Additionally, a range of experts are called in, such as children's and women's protection advisers to help with the demobilising of child soldiers and coordinating military operations to protect civilians. 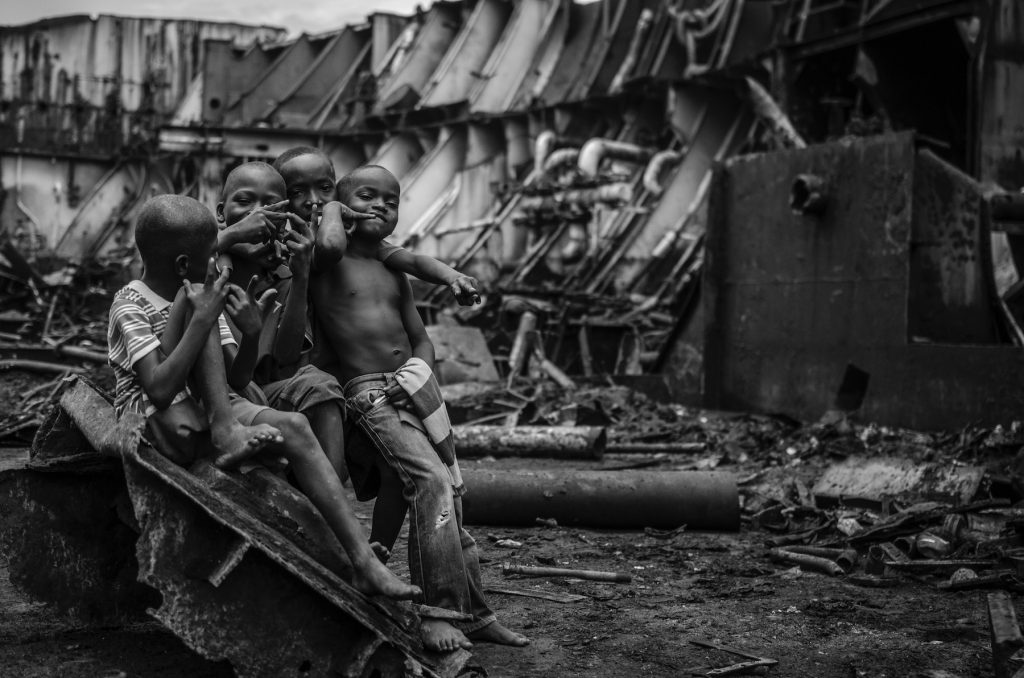 Naturally, preventing additional conflict is important in countries that have already been exposed to it. Although much of the work carried out by peacekeepers is to support governments, strengthen the rule of law and to stabilise conflict zones, there is also a considerable resource allocated to strengthening civic and social conditions. Civil affairs work is very much dependant on other factors, such as the current condition on the ground in a given country. However, three things that are often at the core of this operation are engaging local stakeholders, engaging in conflict management on a local level and supporting state authority to ensure that it is present throughout the country.

Like all of the peacekeeping actions, building the rule of law is a people-centric operation and involves various operations to be carried out. To help support the local rule of law, UN peacekeeping can provide interim stability or security measures, examples of which have been seen throughout the world. Mixed patrols were used in Mali, local ceasefires in Darfur, local peace arrangements were put in place in the Central African Republic and community violence reduction programmes were implemented in Haiti.

In most cases, UN peace operations will have an assigned human rights team that is responsible for the human rights-related mandates of a mission. At the core of all human rights operations, their objectives are:

Protection and promotion of human rights, both in the immediate and long term
Helping the population become empowered to claim and assert their human rights
To enable the nation and national institutions to implement their human rights obligations while upholding the rule of law 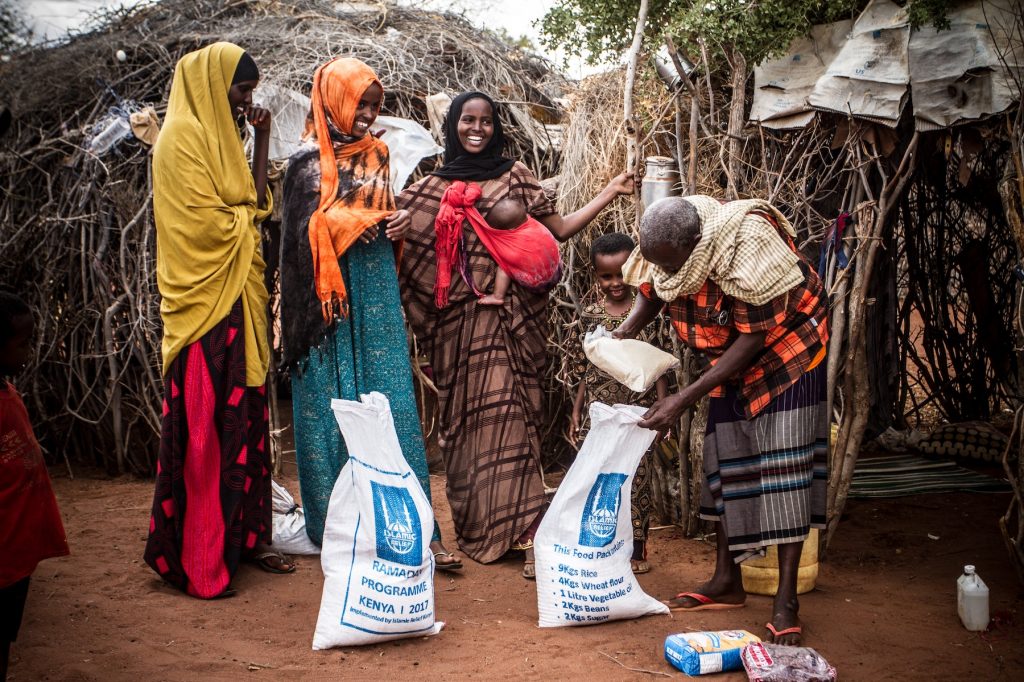 Throughout the world, conflict can affect all members of society; however, women and girls are often disproportionately affected by these events, leading to intensified gender discrimination. Women often play the role of agents of peace within a conflict; unfortunately, this is rarely recognised. Previous, present and future peacekeeping missions are designed with the purpose of highlighting the importance of women's leadership and their contribution and participation in both prevention and resolution of conflict.

In Haiti, a focus has been placed on the importance of women in the electoral and political system. To contribute to this, a weekly programme is aired on the mission radio station that focuses solely on the importance of women in politics and why it's vital that women vote. Additionally, the mission supports the 'Network of Women's Candidates to Win', a local group that supports female candidates in upcoming elections.

Underpinning all peacekeeping operations is the operational support that they receive. The Department of Operational Support (DOS) comprises of a vast network of individuals, containing some 131,000 uniformed personnel along with 24,000 civilian staff. The services the DOS provides range wildly, here are just a few:

Having carried out operations across the globe, here are a couple of example missions that have taken place.

Led by the US and authorised by the UN, this operation was carried out in Somalia from the end of 1992 to mid-1993. The country had experienced a complete breakdown in civil order, and leaders of the local factions became so confident in defying the Security Council that the then General demanded the withdrawal of all peacekeepers from the country.

Following this, a new resolution had to be put in place, which allowed the use of all necessary means to establish a secure environment for humanitarian relief to be provided. With a total of 37,000 personnel carrying out operations across five months, the main objective of the operation was the delivery of food and humanitarian aid. Reports from this operation suggest that roughly 100,000 lives were saved due to this intervention.

Unfortunately, disarmament of the local factions did not occur during this mission, which meant that peace was only achieved during the time that the overwhelming number of peacekeeping personnel were in situ. This essentially limited the length of time that peace was achieved in the country.

UN Mission of Observers in Prevlaka

Starting in January in 1996, this peacekeeping mission had the objective of monitoring the demilitarisation of the Prevlaka peninsula, a small area of land in Croatia. This was achieved by carrying out daily foot and vehicle patrols both in Croatia and in FR Yugoslavia, now Montenegro. This mission was completed on its target date of 15 December 2002.

After being immortalised on film in the 2016 Netflix-produced movie of the same name, awareness of this historic battle began to grow. Taking place in over five days in September 1961, the siege saw Irish soldiers who were positioned in the Congo for peacekeeping duties attacked by native Katangese Gendarmerie troops. At the time, the troops were positioned in Jadotville, now known as Likasi, and were lightly stocked with ammunition and supplies. However, under the direction of Commandant Pat Quinlan, the outnumbered Irish company were able to fend off their attackers for five days, without suffering a single fatality, while roughly 300 of the attackers were killed. On the 17th, the final day, the Irish troops surrendered due to exhaustion of ammunition and supplies, and were held for roughly one month as prisoners before being allowed to return home.

Want to find out more about military and military history? Our blog is the perfect place! From quirky stories about ice cream in World War Two to the story of Winston Churchill, we have a stack of interesting articles! You can also find military replica airsoft rifles and airsoft pistols on our website, check out our full range here!