Our How-To for Becoming an Airsoft Squad Leader 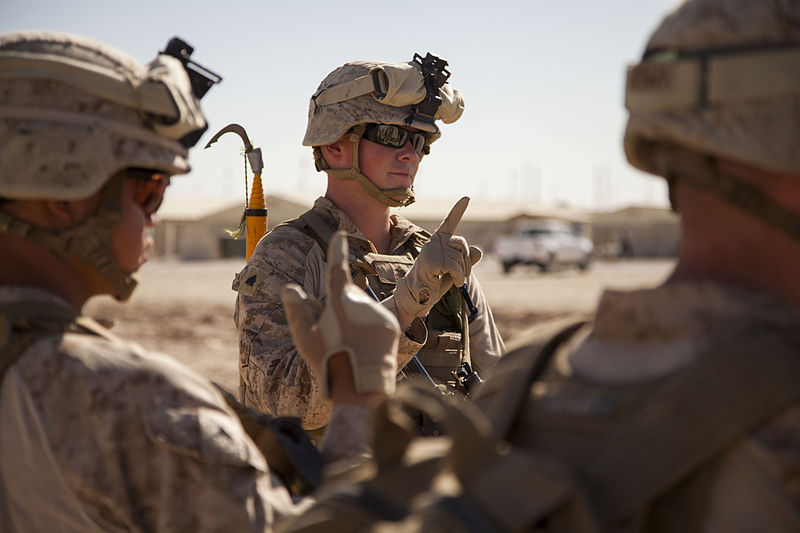 It’s all well and good having a team of airsofters jumbled together, consisting of your snipers and other positions, but how do they know what they are there to do and how to do it best? Of course, everyone will be aware of the overall objective, but how will they know the best way to approach it?

It may be that your squad is made up of people who have never played the field before, or even trying airsoft for the first time. You may end up with the other extreme, however, and every member of your team thinks they’re Navy SEALs looking to annihilate the opposition while yelling “hooyah” with every hit.

But no matter what kind of team you end up with, there will often be a dominant leader that other players look to for guidance. This may be a person who has risen through the ranks, showcased a natural leadership and understanding of tactics, and knows how to arrange their team best. It may also be a person who has had a baptism of fire and come out the other end with a stellar performance.

Regardless of how they are chosen, success will be hinged on their performance.

How Do You Become a Squad Leader?

Squad leaders will more often than not start out as a rifleman. During this stint, they will be observed for a blend of skills and traits by their current superior. After a suitable candidate has been identified, they tend to be drip-fed command tasks by their ranking officer before having a squad of their own. 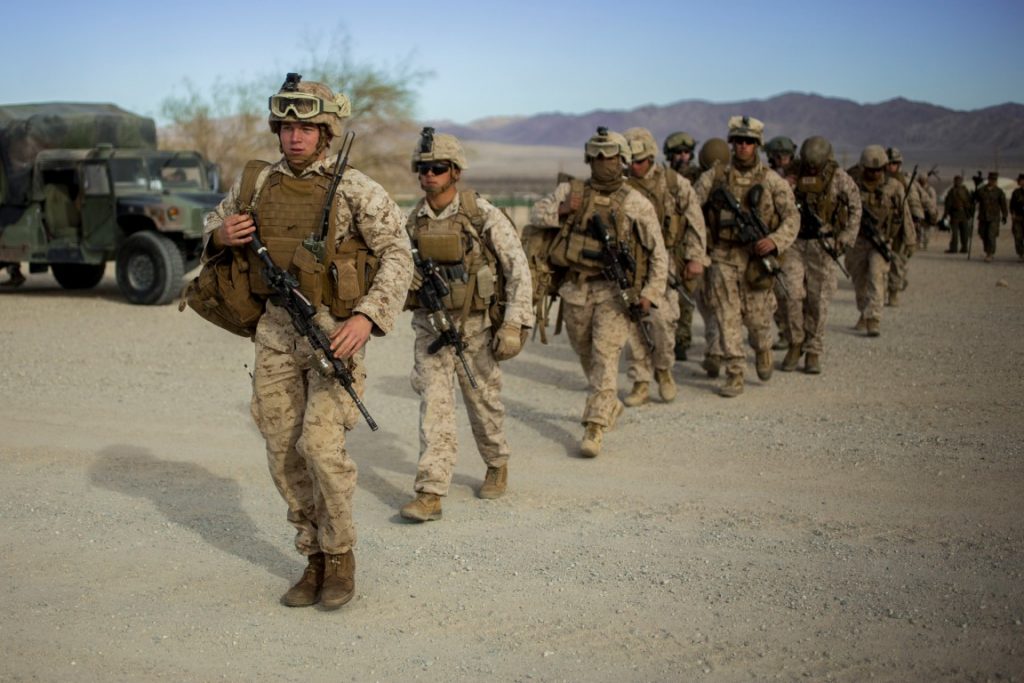 Some of the most important traits of a good squad leader are:

- Knowledge of the field

- Good at communicating, both verbal and hand signals

- Firm-but-fairness (we know that’s not a real word, but you get what we mean!)

A clear sign of a good leader is their ability to get everyone involved in the game. Regardless of their experience or the amount of gear they may own, everyone can and should be able to play airsoft as part of a team. Every player should be involved in the planning of the mission, and most certainly involved in executing it.

Of course, there will be individuals who don’t understand that ‘there’s no I in team’ – we call them ‘that guy’ – but a squad leader should make an effort to get and keep them involved in every round, even if they are not the most willing candidate. Doing this helps to ensure that the team remains structured and willing to work for each other throughout the day.

How Important is it For a Squad Leader to Communicate with Their Team?

We stated that good communication skills are an important trait for a squad leader, but just how important is it? A knowledgeable leader will need to identify the issues in the early rounds of the game, where things aren’t going particularly well and then address them. This information can be relayed to them by other members of their team, such as recon players, but it is then their job to take that information and transform it into actions. 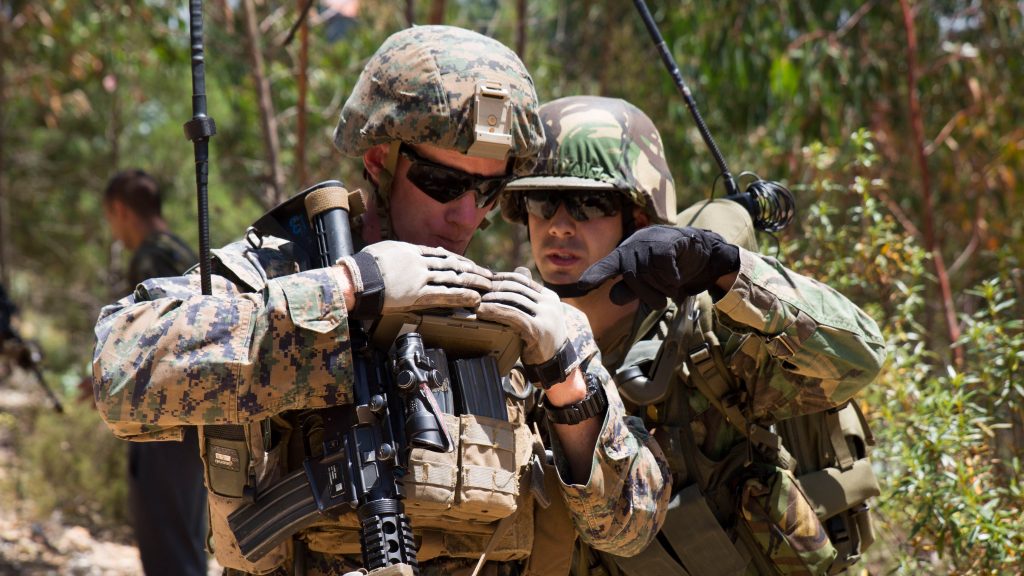 The leader will need to find spots on a field that is best to defend from, in which they will set up their support gunners, but also the best spots that the team can attack from. But it isn’t all about squad leader being a Gunny Sgt. Hartman type; rather, it’s about someone who has the common sense to make decisions and get their point across to everyone as quickly as possible both during the battle and between rounds.

What Loadout Does a Squad Leader Have?

It is not uncommon for a squad leader to be directly involved in firefights often through an event, rather they manage their team to deal with engagement. This won’t always be necessary, however, and there are those squad leaders who want to lead from the front. But they shouldn’t be one of those that lead so far to the front they’re the first to take a hit - not exactly ideal!

A squad leader loadout will typically consist of rifle for a primary weapon and a pistol sidearm. As there is a plethora of airsoft rifles and pistols out there it boils down to individual choice.

Clothing-wise, it is typical that the leader will wear a standard camouflage based on their location but will have something that will differentiate them from the rest of their squad. Whether this is a slightly different shade of camo, a distinctive patch, a special helmet or “Tactical Operator Beard”™, they will often make themselves known to others. But more often than not a squad or team leader just needs their team to know who they are so won’t wear anything that could draw fire to a C/O. Losing a leader mid (airsoft) battle doesn’t do squad effectiveness any favours!

When it comes to your equipment, it would be a good idea to have a map of the area if possible, and a set of binoculars to keep an eye on the movements of your enemies. Depending on the size of the event, you even have radio contact with the rest of your team, in which case you will want to be equipped with a headset. Grenades may also be quite handy for in a pinch, but your grenadier should have this covered!

Can a Squad Leader Have Fun?

When you break it down to its bare bones, airsoft is a game about having fun. It’s not about embarrassing your enemy or laughing when they are eliminated; there is a certain level of respect that goes along with the game. A good squad leader will need to keep the balance between having fun but still achieving the objective. 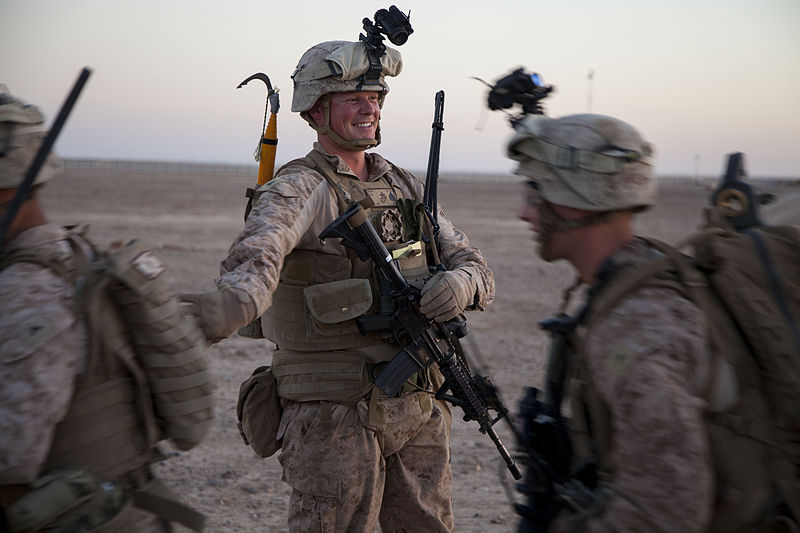 Cracking some jokes throughout the day is needed, as it helps to keep morale high, particularly if things aren’t going your way. When the team achieve that first win, they need to be the first to congratulate the players and try to push that buzz into the next rounds.

Airsofters want to be led by a leader who doesn’t really take themselves too seriously but knows enough that they are able to lead their squad to victory. Even though it is a game, nobody wants to come out with a loss, so it is important a squad leader is able to keep the balance.

What traits do you think are important when it comes to a squad leader? Let us know in the comments below or drop us a message on our social accounts!