Our How-To Guide for Becoming an Airsoft Grenadier 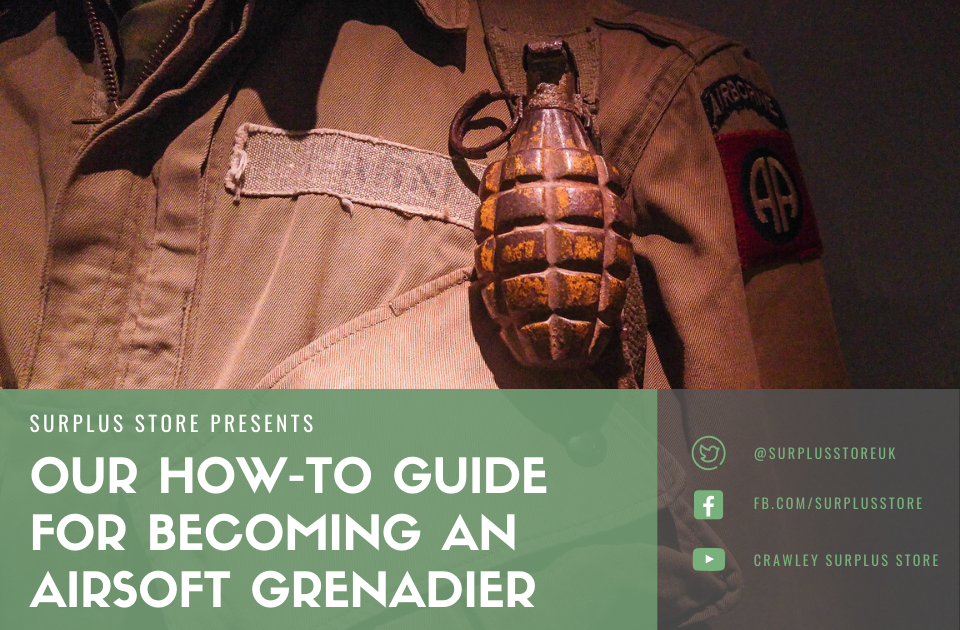 You’ve no doubt been at an airsoft event, thinking things are going pretty well when all of a sudden you hear an almighty “whoosh” followed by a shower of BBs – and before you know it, you’re making the long walk to the safe zone.

We are, of course, talking about the airsoft grenadier, which is a role we will be taking a look at in some more detail here.

What is a Grenadier?

Historically, a grenadier (which, as you’d probably imagine, is derived from the word grenade) was a specialised soldier role first established in around the mid-to-late 17th century. They were used to throw grenades and aid in other assault operations where necessary. At this time, only the strongest and largest soldiers were picked to be grenadiers and would quite often be at the forefront of assaults heading into the field of battle.

Grenadiers first became a stand-alone position during the Vietnam War, due to the invention of the M79 ‘thumper’– a launcher designed to fire a single 40mm grenade. It was introduced as a system to bridge the gap between a soldier’s throwing range and the minimum distance of mortar fire, which came in handy for flushing out snipers.

Modern military squads have continued to build on the concept of a grenadier. Depending on the military force, they may have grenadiers armed with grenade launcher attachments on their primary rifle, an MGL (multi-grenade launcher) system or even still using the M79 Thumper.

So, as you can imagine, an airsoft grenadier will follow a similar suit, although they may not necessarily be at the forefront like their real-steel counterparts (but more on that later). In airsoft, grenades can vary in size and style, varying in the number of BBs they contain per shot; from the mid-tens up to a couple hundred.

What Loadout Does an Airsoft Grenadier Have?

Once again, a loadout is a very personal choice, so it depends on what you are looking for in terms of style and equipment. Grenadiers have now started to be a hybrid between a classic rifleman and a grenadier – with players sporting airsoft rifles with a grenade launcher under-barrel. It’s not uncommon to see players sporting an M4 rifle with an M203 attachment.

However, there are those who have a launcher for their primary weapon and back it up with a pistol as a sidearm. If opting for this option, selecting the primary launcher is the next step. There is a multitude of options available, including the revolver-style MGL we mentioned above, to pistol grip launchers and even RPGs! Check out the full range we have on our site here but be aware that many of these options are special order only. 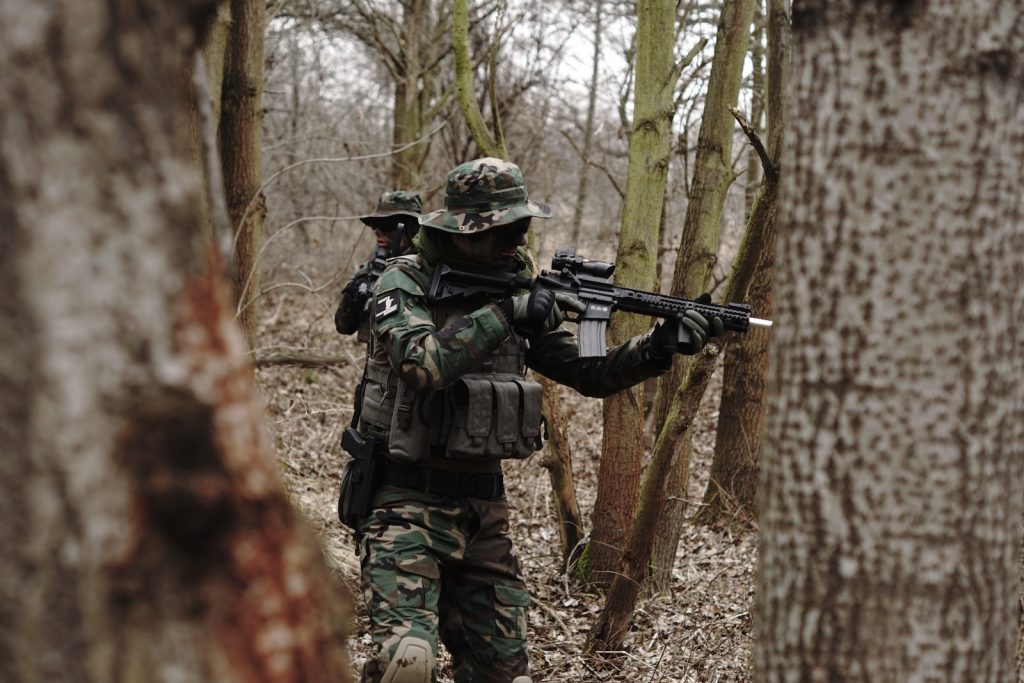 If you have selected a launcher as a primary weapon, equipping yourself with a pistol sidearm and a few mags would be the next sensible option. Again, this is a personal choice, so choose one that you are comfortable with.

Finally, your grenades – which may well depend on the rules of the location, so double check beforehand! If you are using a launcher, you will want to carry some spare 40mm grenades and reload them between games or when you’re in the safe zone. You may also want to carry some green gas cyclone grenades, which are useful for tossing into a room full of opponents or even during an ambush. You can even carry some pyros and flashbangs, but again, these will depend on the rules of the site. 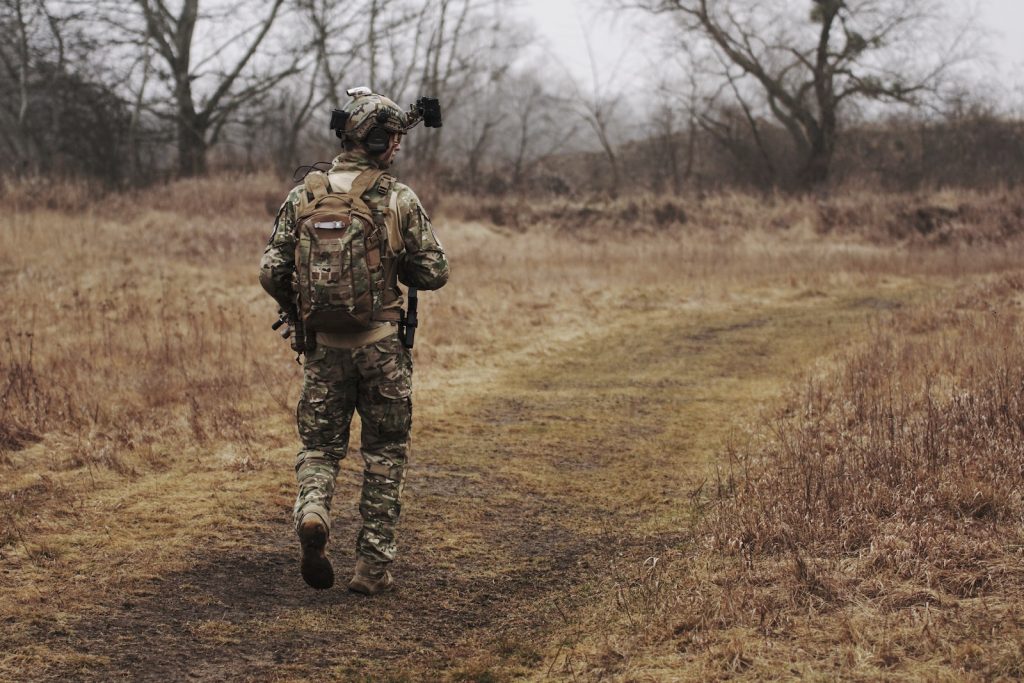 It is important that you understand how your grenades work so that you can use and maintain them effectively. Grenades tend to use up a lot of gas as well, so you will need to ensure they are charged before you head to your event and it might even be worth taking some gas with you, so you can top up during the day if needed.

How Do Airsoft Grenadiers Operate?

As we previously touched on, airsoft grenadiers are not front-line assault like their real-life counterparts. Instead, they are used to support the main body of airsofters, much in the same way as a support gunner is utilised.

If planning an ambush, a grenadier can be an excellent option to draw upon as they are capable of dispatching multiple enemies with one fell swoop. Once you have spotted where your opponents are and tracked where they will be going – perhaps with the use of a recon team – the grenadier is the perfect person to position alongside this route.

By having the grenadiers placed in the centre of the squad conducting the ambush and waiting until the enemy squad has moved into the ‘kill zone’, they will be able to fire, causing their BBs to rain shots down onto their position. If performed effectively, this can take out half the squad in one shot. If they have multiple shells left, they can keep firing into the kill zone until a ceasefire is called.

Using the Different Types of Grenades

When it comes to using the grenades and grenade shells, some points should be remembered. Unlike airsoft guns, grenade shells are not strictly direct fire and don’t have hop up, so grenadiers need to get used to judging the wind direction, as well as firing from different angles to gauge the best effective range of their weapon. As the shells fire multiple BBs at a constant FPS, they tend to act similarly to a shotgun shell, spreading and bouncing off each other as they head towards their target. It is for this reason that the grenadier should know the effective range of their weapon and how it performs in different conditions.

One development that has brought the grenadier to the forefront is the TAG round, which is basically a timed ballistic Mk5 ThunderFlash or smoke grenade launched from a standard 40mm airsoft grenade launcher. However, not all sites allow them and not a lot of places stock them, they aren’t cheap! But if you can get your hands on them, they are a huge amount of fun, allowing for a true grenadier role with semi-realistic context. 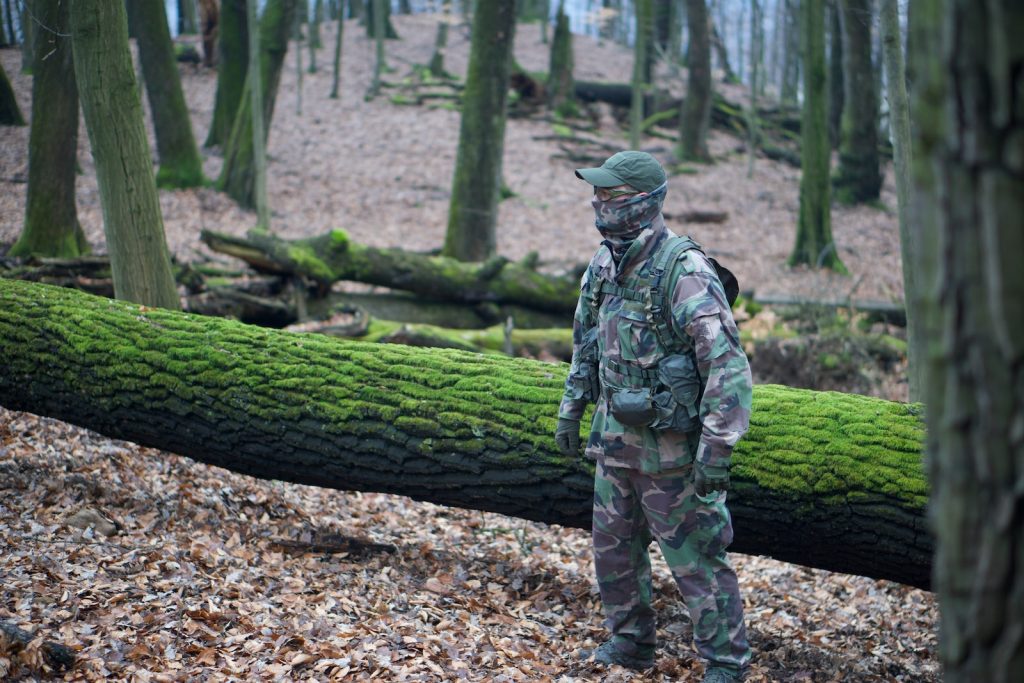 If correctly used, the grenadier can be extremely useful in airsoft. A grenade launcher allows a single person to take on much greater forces or deal with situations more effectively than they would have had they only been armed with a rifle. If you are going to be a grenadier, remember that a launcher is a tool that needs to be used well and doesn’t solve every problem, and you will need to be equipped with more than one grenade!

What would your tips for being an effective grenadier be? Let us know in the comments below or on our social media channels!