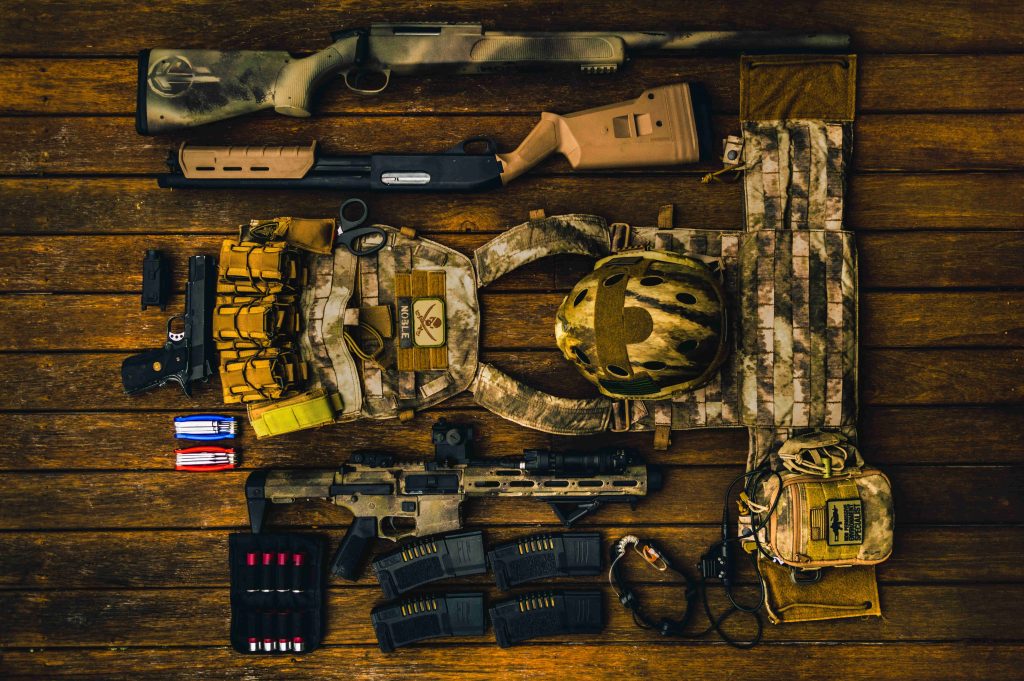 Running from Friday 8th to Monday 11th March, the IWA Outdoor Classics is one of the most professionally organised and highly attended outdoor-sports events in Europe. Catering for all manner of outdoor sports enthusiasts, the thing that particularly excites us about the event is the amount of airsoft kit on show. Unfortunately, we didn’t get to attend this year, however, we have been keeping our ear to the ground and have put together a list of some of the most exciting upcoming guns that were exhibited at this year’s event.

We recently released an article that featured a bunch of other upcoming airsoft guns for this year which featured some of the guns we’re most excited about that are due out this year, you can find that article here. Now, for the highlights of IWA: 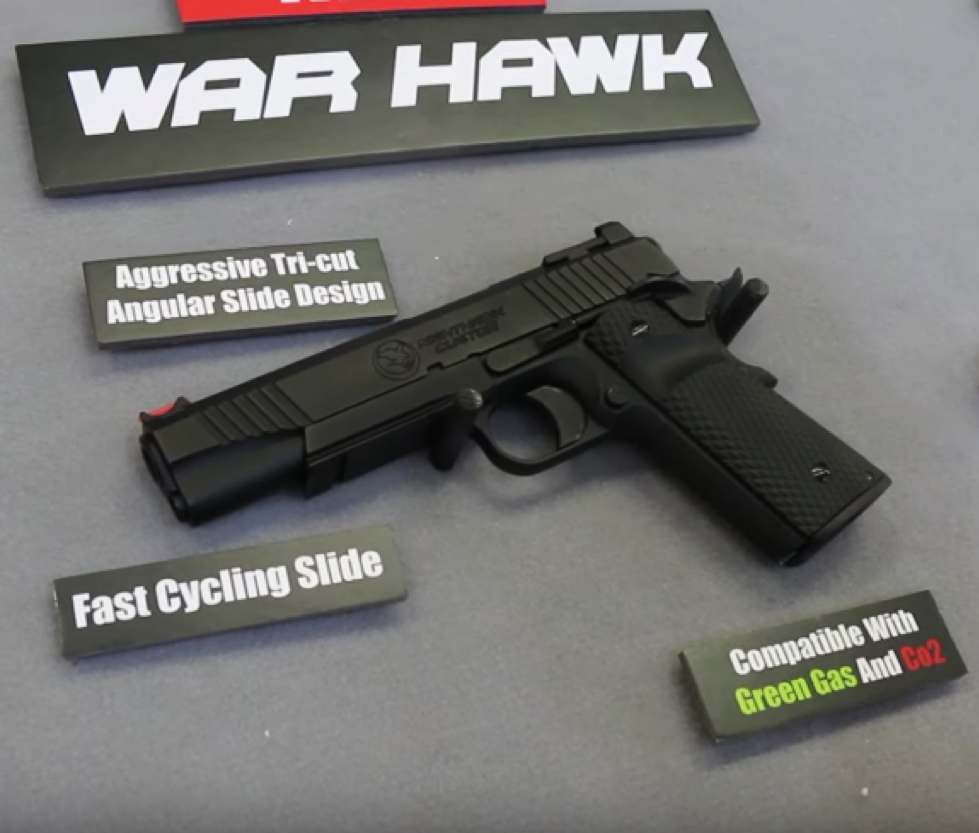 First exhibited at last year’s IWA event, these pistols made their second appearance at this year’s show with the message of ‘they’ll be out soon’. Unfortunately, we know about as much as you guys on the release date but what we do know is that these are running a dual system of both green gas and CO2. They also have internals that are based off of the Tokyo Marui specification which means that any repairs or replacements can be done easily with anything that’s TM compatible. The weapon features a ‘fast cycling slide’ which means you can pew pew without interruption. These are being pitched as something ‘a little bit more affordable’ and we expect them to come in around the £150 - £200 mark. 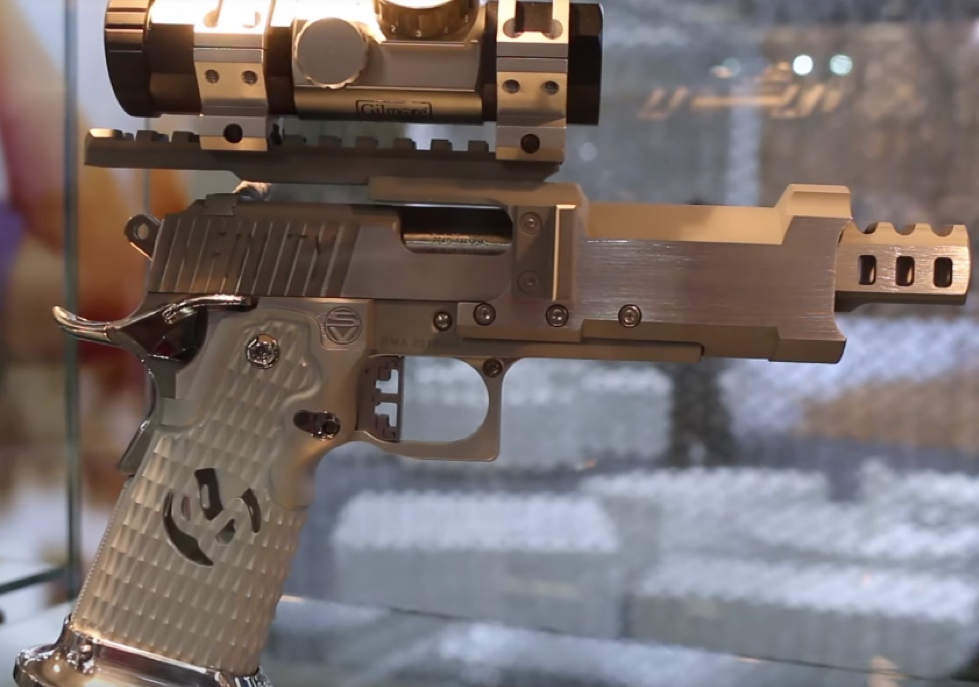 Clarence Lai, AKA the Airsoft Surgeon, is known for being the man behind some of the most glamorous and fine-tuned airsoft weapons on the market. This year, his stand showcased some of his new Bianchi Cup inspired weapons that have been designed to perfectly replicate their real-steel counterparts. The Bianchi Cup is a US based competition otherwise known as NRA National Action Pistol Championship and sees participants compete in a range of target shooting events in order to claim the trophy. The guns used for the competition have been replicated for use at airsoft practical shooting competitions, with both national and international competitions being held on an annual basis.

Fitted with highly accurate scopes and intricate cuts in the metal design, the new range of Bianchi Cup pistols will be setting the standard for airsoft race pistols. There are gour different models, each with its own unique design and style. These are designed as race and competition shooting guns and will be priced accordingly, so we wouldn’t recommend picking one of these up to head to the field with.

Showcasing at the event was SRC with their new 3D printed prototype of the SR4 Falcon. The gun comes with two types of magazine, one 80-round low capacity and one 200-round high capacity. The gun has the MP5 mag release lever situated just away from the trigger and also shows a very thin angled grip style. The stock is a PDW adjustable style with the battery compartment. The gun also has flip-up front and rear sights to maintain accuracy at all times! Expect this gun to be released in the next couple of months, roughly May or June. 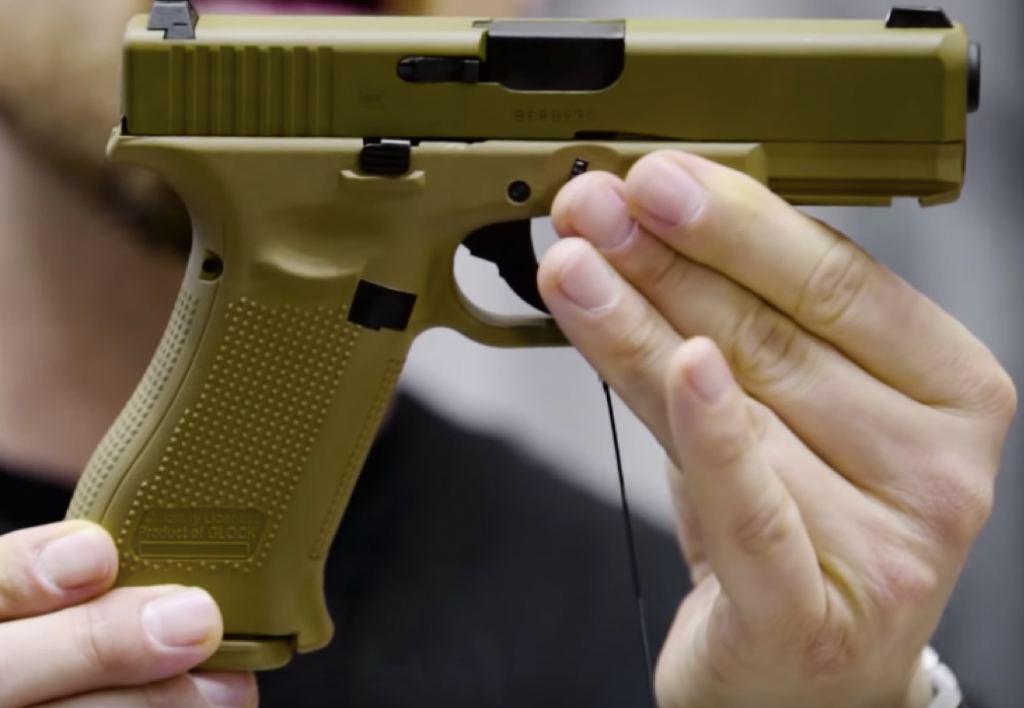 With the real steel having been out in the world for just over a year, Umarex has now revealed the airsoft version for us to have some fun with! Similar to the RS version, the airsoft comes in a two tan style with a lovely finish on all parts of the gun. There will be multiple models available of the pistol and they come with a standard Umarex 22-round magazine, that said, they will be compatible with any pre-existing Umarex Glock magazines. The gun is completely ambidextrous and the magazine release can also be changed to suit left-handers. We’re also pleased to see a change in hop adjustment moving away from the standard design to a spring wheel configuration; making it much easier to adjust hop on the go! Expecting these to be available at the end of this month so keep your eyes peeled!

It really seems like this has been hanging around for a long time now, the MDR from Silverback was expected to be released in 2017, then in 2018, now we’re in 2019 and everyone is waiting with bated breath for the announcement. A good sign is that the gun was displayed at this year’s IWA and it looked pretty sweet! We’ve heard that it should be out in six months (September 2019) so keep your eyes peeled for pre-orders etc. Unfortunately we don’t have any info yet on gun specifications but we’ll make sure to keep you updated as soon as we hear something! One thing’s for sure, it’s a Silverback so it’ll take the hair of a knat’s back a mile away (some hype/exaggeration/enthusiasm detected). A little detail we can glean from the photos is that the system seems to use a Systema PTW like nozzle & possibly similar cylinder system, so be prepared to use very high quality BBs (I mean if you’re buying this you wouldn’t even consider market stall bbs right?).

Weighing in at only 1.3kg, the PP2K (more commonly known as the PP-2000) from Modify Airsoft will be released this year in September. The gun will be released in both gas and CO2 version and also includes a new hop-up bucking design that utilises a new air tight system to minimise air loss and a new design to keep the BBs stable in flight. The stock can be removed and changed and has been built using high quality metal components so should be a durable option for the battlefield.

Unlike some of the cheaper replicas on the market, the new G&G LE4 is made from real, high-quality wood with metal fittings and looks to be a very sturdy and very promising prospect. The gas is filled through the bottom of the bullet-shaped magazine which, unfortunately, only holds seven rounds. All we know on release date is that they’re hoping to release it in 2019 so it could be coming at any point throughout the year.

Known for their KRISS attachment for airsoft Glock pistols, Slong Airsoft have been working on a Glock carbine kit that adds a full front and back end to standard systems. The kit comes with two different stocks, one small, fixed stock and one with a buffer tube which will allow customisation. The kit is specifically designed for GBB Glocks from Umarex, TM and WE. Expecting to see this kit arrive in stores over the next couple of months!

This is not an exhaustive list, it’s just what we spotted! We always do our best to stock the newest and shiniest airsoft guns and kit so make sure you keep checking back on our store to see what’s been added and drop a like on our Facebook page to keep up to date with all Surplus Store news!